When scientists discovered the famous hominin fossil Lucy in the 1970s, they also unearthed a career for Dr. Darryl de Ruiter. A 10-year-old at the time, de Ruiter, now a professor and the head of Texas A&M University’s Department of Anthropology, said the discovery fascinated him and ignited his interest in the field of paleoanthropology. It wasn’t until he was pursuing his master’s degree in anthropology, however, that he decided to study fossils for a career.

“That’s when it struck me that I could do this for a living,” de Ruiter explained. “All those childhood memories returned, and the notion that I could live that dream was compelling.”

In 1993, he turned his dream into reality by writing to field researchers in Africa. One leading paleoanthropologist, Phillip Tobias, responded with an invitation to join his team, and his career officially began.

As someone who specializes in craniodental remains such as skulls, jaws and teeth, de Ruiter focuses on the ecology and evolution of early hominins—now-extinct human predecessors—in Africa. In 2010, he and his team greatly contributed to this topic when they announced the discovery of a new species, Australopithecus sediba, an ape-like human ancestor that walked on two legs. “That one was a spectacular find in every regard,” said de Ruiter.

As the first major discovery of his career, the finding was an especially impactful one for de Ruiter and resulted in more than a dozen papers published in the professional journals Science and Nature. “It’s difficult to gauge just how important that is for a junior scholar like myself at the time,” de Ruiter said. “Even one Science or Nature paper is a career high.”

That’s causing our field to really think about what it means to be human. How we look at ourselves has changed forever as a result of these discoveries.

Five years later, de Ruiter and his team made history again with the discovery of another new species, Homo naledi, a hominin with body proportions similar to modern small-bodied humans but with a brain only half the size of present-day Homo sapiens. The find was recognized by numerous publications, including ranking second in Discover magazine’s “Top 100 Stories of 2015.” He believes that the fossils’ location in a difficult-to-access chamber points to evidence that Homo naledi deliberately disposed of their dead, a finding that has far-reaching consequences for the paleoanthropology world.

“That is a very human behavior, and yet it is exhibited in something that is clearly not human,” de Ruiter explained. “That’s causing our field to really think about what it means to be human. How we look at ourselves has changed forever as a result of these discoveries.”

In the future, de Ruiter and his team hope to continue exploring their current research site for more fossils to further illuminate the early evolution of human ancestors. They are also interested in examining the probability that modern human qualities originated from many different ancestral sources rather than descending directly from one original human. “The likelihood of additional discoveries is very strong, and you never know where a new fossil will take you,” he said.

During his time at Texas A&M, de Ruiter has been appointed to two fellowships. The first, the Ray A. Rothrock ’77 Fellowship, was especially invaluable to his research by giving him greater flexibility to travel during his time as a newly tenured faculty member. “That kind of freedom is incomparable,” he explained. Fellowships support work like de Ruiter’s and can be established through the Texas A&M Foundation with a gift of $25,000 payable over five years.

The Genetics of ExercisingRead more 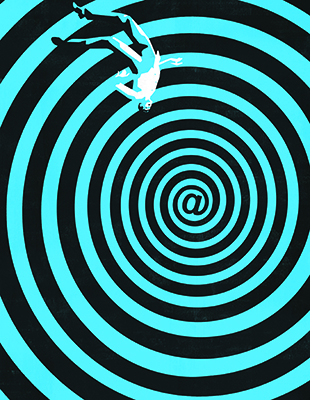 Lost in the NoiseRead more