The Tactical and the Technical

From the small town of Bellville, Texas, Robert “Hunter” Goodwin ’96 has always yearned for a challenge, leading him to play football in high school, throughout college, and into the NFL for the Minnesota Vikings and Miami Dolphins. Nine seasons later, a nagging hip injury convinced Goodwin to hang up his helmet. Past investments and keen business sense prompted him to jump into the world of commercial real estate with his business partner and create Oldham Goodwin Group LLC. Today, he dedicates his spare time and funds to raising a family, volunteering in the Bryan-College Station community and advancing charities.

How did you Make the transition to business after playing football?

As I got older, the game became easier in my brain, but my body began to fail me. I had to reconcile with that loss of ability, and my answer was to get back to work. I had some real estate holdings, so I threw myself into managing my investments using the energy and discipline I gained from football.

I quickly learned that in the real world, no one cares that someone played sports. Athletes are often underestimated in business because people automatically assume we aren’t blessed with intellect. I felt like I had to work twice as hard to overcome the bias against athletes, and I use that as motivation.

After 25 years on the gridiron, what was your biggest takeaway?

Sports bring people together and help our society become more inclusive, set aside bias, and see past color and socioeconomic status. When I played football, I didn’t care about my teammates’ race, money or religion. We had a job to do, and we couldn’t do it effectively without each other. If we eat together, work out together, play together and depend on one another for success, it’s amazing how we can become friends and cast aside our differences. The camaraderie of sports is the thing I miss the most.

How have you stayed involved with the Aggie Network and Texas A&M University?

Since I had an amazing undergraduate experience and retain a strong belief in the College of Agriculture and Life Sciences and Texas A&M AgriLife, I have a justified passion that motivates me to advance their mission.

After joining the dean’s Vice Chancellor’s Forum and eventually becoming chairman, I was tasked with exploring opportunities for offering a hospitality initiative in the college because of my work and passion in the industry. I assembled a team of industry experts, facilitated discussions and created a “hospitality playbook” to lay the groundwork for the proposed program. I believe this incredible opportunity will make Texas A&M the hospitality leader in Texas and eventually nationwide.

Additionally, I’m a part-owner of TexAgs, an Aggie fan networking site, where I have hosted a segment focused on an in-depth analysis of Aggie football that has earned me the nickname, “The Big Truth.” There are two components that I discuss: the tactical and the technical. The tactical is why a coach calls a certain play. The technical is how a player executes his job within the play. If there are technical failures in the execution, even the greatest play will fail miserably. That’s what I love about football: 11 self-absorbed individuals will result in a whole lot of losses, but if they do their jobs and execute well on every play, the play and team will succeed.

Why are you supporting the M. Edward Rister ’74 Chair of Rural Entrepreneurship fund?

My parents instilled in me that if you can improve the community through investments of time and money, you have a duty to do it. When I heard a chair was being endowed for Dr. Rister, it was easy to donate toward the cause. Dr. Rister is a phenomenal human being. He left a massive impression on me as my rural entrepreneurship professor in the agricultural economics department. Even as a young college student, I could tell that he was truly invested in my well-being and future success as a businessman. I wouldn’t be the entrepreneur I am today without his teaching and his belief in my dream. When someone has that kind of extraordinary impact on you, it is worthy of recognition.

Make a Difference: To advance rural entrepreneurship classes and extracurricular programs and events, consider making a gift of any size to the Rural Entrepreneurship Fund at give.am/RuralEntreFund.

Hunter Goodwin ’96 played football for Texas A&M University after two years at Texas A&M-Kingsville. He was drafted into the NFL in 1996 but completed his bachelor’s degree in agricultural economics during the offseason. Now, Goodwin and his wife, Amber ’97, live in College Station with their two children, where he serves on the boards of many community groups and volunteers with various charities after hours.

More From This Issue 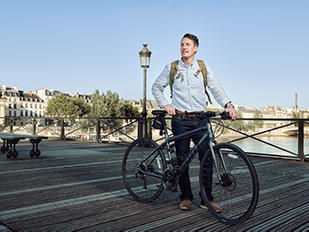 From Passion to ProfessionRead more 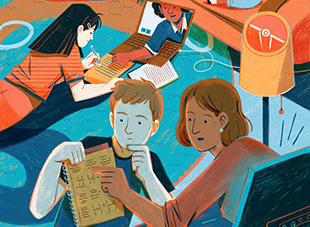 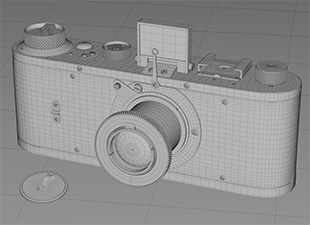