Melanie Meyer ’23 is pursuing her childhood dream of becoming an astronaut while earning her pilot’s license and mechanical engineering degree.

For as long as she can remember, family and friends have encouraged Melanie Meyer ’23 to shoot for the stars. Today, that sentiment is more than a figure of speech for the junior mechanical engineering student from Geneva, Illinois, as Meyer has set her sights on an out-of-this-world career: becoming an astronaut.

Meyer has always been the tenacious type. After persistently asking her parents, she began learning to play the violin at 4 years old. At age 8, when most kids were riding their bikes to school, Meyer was riding her unicycle, a skill she was determined to master. “As a kid, my parents always pushed me to learn by doing,” Meyer shared. “They gave me the space to try new things. I would see something, like the unicycle or the violin, and I’d just set my mind to learning.”

Watching her father and grandfather fly airplanes inspired Meyer to become a third-generation pilot. After sitting in the co-pilot seat for a decade, she fell in love with a bird’s-eye view of the world.

At 17, she traded her co-pilot’s seat for a pilot’s perspective, flying solo for the first time as she began working toward her pilot’s license. “It was rewarding to put everything I’d learned into action,” she explained. “Trusting my skills and seeing things from that viewpoint will never get old.”

A year later, Meyer’s piloting skills led her to explore new opportunities and feel at home in a place far away from her small town: Texas.

To Aggieland and Beyond

When it came to choosing a college, Meyer knew nothing about Texas A&M University except that it was a strong engineering school. After visiting campus and feeling welcomed by every person she met, the Midwest native took a leap of faith and moved across the country, where she quickly found people who encouraged her and helped her thrive in Aggieland.

To help others find a home at Texas A&M, Meyer served as a Fish Camp counselor her sophomore and junior years, a role that allowed her to engage and support incoming freshmen. “I could never have imagined feeling this at home at a huge university,” she shared. “I feel like I was meant to be here. I wouldn’t trade my time at Texas A&M for the world.”

Given the chance, though, she might consider trading it for outer space. Meyer is well on her way to securing her pilot’s license, but she isn’t just learning how to fly planes—she’s also learning how planes fly. With two older brothers employed at Lockheed Martin and Boeing, she is the third sibling in her family to pursue a degree in mechanical engineering. However, she isn’t simply following in the family footsteps. Even though the view from a plane will never get old, she dreams of more audacious heights.

Every little kid has a big dream for what they want to do when they grow up, but I want to follow through with mine.”

Like her pursuit of flying aircraft, playing the violin and riding a unicycle, her dream of becoming an astronaut took off at a young age as she watched videos of rocket launches. Unlike many, though, Meyer has remained steadfast in her childhood aspirations. “Every little kid has a big dream for what they want to do when they grow up,” she said, “but I want to follow through with mine.”

Wind Beneath Her Wings

Acknowledging her daring goals, Meyer is quick to attribute her determination to encouragement from others. Her father, who also graduated with an engineering degree, even dug out his old textbooks to help her with homework when needed. “My parents are the reason I can dream big. They make me feel like I can do anything I set my mind to,” she shared with a smile.

In addition to her parents, Meyer is inspired by the generosity of her scholarship donors, Irene and Bill Bertram ’48. As a recipient of the Jack L. Bertram ’47 Endowed Opportunity Award, the ambitious scholar propels closer each day to her dream of soaring amongst the clouds and stars. “I want my donors to see that their kindness is leading me to big things,” Meyer shared. “It’s people like them who allow dreams like mine to take off.”

Support a Student: Melanie pursues her sky-high dreams with help from an Endowed Opportunity Award (EOA). To learn how you can incorporate an EOA scholarship into your charitable giving plans, contact Marcy Ullmann '86. 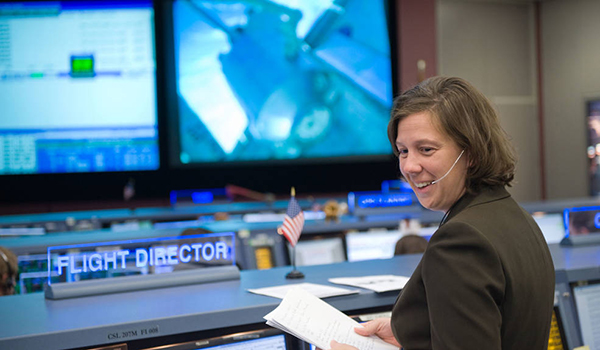 To the Moon and MarsRead more 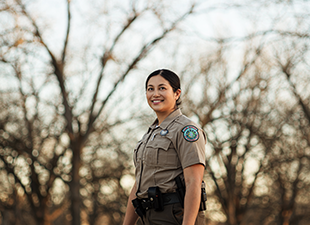 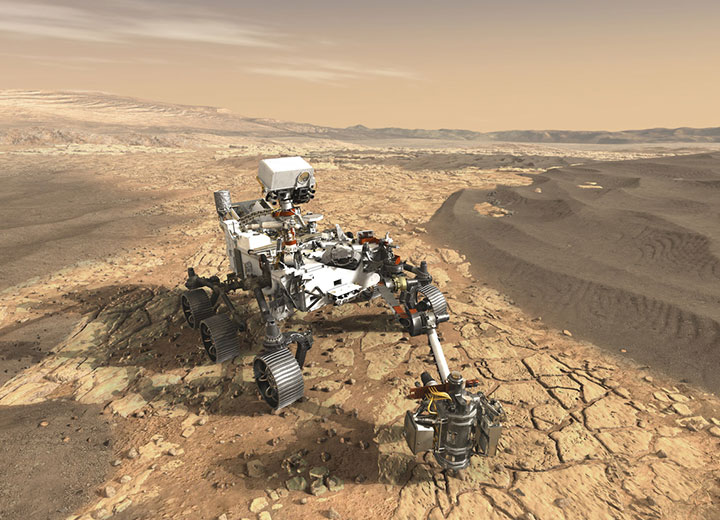